This town is empty. I can't make any connections here. the job has no consistent people, no consistent time, and I just want to cry cos i was alone for my birthday. a bottle of scotch. oh great, that'll help me get fucked up on my own. spent two hours shifting a couch on my own. the pizza guy had a hissy fit cos he thought i'd ordered a salad too. mum called eight times cos my cousins were being flooded in yamba. there were msgs and facebook msgs. and i'm really, really fucking alone right now and it's not good for me.
posted by Keegan at 12:40 am ... 1 comments 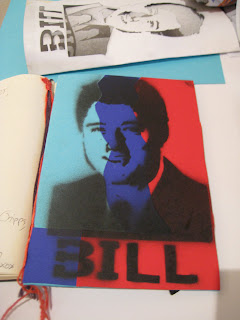 I like the Ben Folds version best. I've got my little cavern to hide in, but I can't do it forever. not if it means 40hrs/wk on UK minimum wage doing this mind-numbing, soul-destroying job. it's an isolated place, I knew that when I came, so okay sure, fine, easier to save money when there's nowhere to spend it. makes it easier to travel. just gotta get those managers to understand that if I don't get those days off in a row, I'm gonna take matters into my own hands, and take every day for the rest of time off, and seek alternative employment. but make it seem like it's their idea.

and that simmering pool of rage? at my own idiocy for thinking that you can msg a random a month down the line and get any kind of reply. I do like that brad pitt rule though; "if you were brad pitt, would she use that excuse, and not offer another time for the date?" there's a here and now, should try and focus on that. and next time consider wether an employer can offer a trial period, and think about how dependent you want to be on them. wages, food and board is a lot to expect from a single source. posted by Keegan at 10:39 am ... 0 comments

The Internet Has Moved On.

Facebook is Blogging for the rest of us. two months have gone by since I last posted anything on this site, and the only thing keeping me from deleting it outright is...
two things.
first thought was that I'd have something you folks still curious - if any of you figured out RSS and left me in your feeder - that there'd be somewhere for me to post curious stories from outside the world. in travelling the state, I've never left the hotel room looking for some strange conversation with an individual.
second thought - there's stuff in the archive relating to the way my mind has changed through my early 20's, and embarassing though it may be to future public self, I still need it alive.

So here I am, pumping a couple of ounces of fresh words into the corpse that is this blog. posted by Keegan at 9:35 pm ... 3 comments

What A Lame Game

Damnz. not that it was a game that counted towards anything, but Australia failed miserably against evil arch enemies Uraguay, who took their first two goal son australian soil at an international level in a godawfully boring game. Admittedly, I was at Jase's place, with six beers in me and a recliner chair that offered a free small fluffly warm dog to entice snoozing, but still, boring game. I find most sport boring, except the world cup which thankfully only occurs once very four years, and Australia plays even less at that level, but I'd hoped I could sit through at least one game without nodding off. my hands are dry and smell of dog, my head's a blur and I'm cold now and hoping I can wake early to get the Doctor Who torrent and watch it before leaving the coast.

I'm thinking I might be blogging a bit more now, even if no-one cares about blogging anymore. it's therapeutic and I like the idea of something of mine archived away from fire in teh internetz. posted by Keegan at 10:28 pm ... 0 comments

Things The Internets Has Taught Me

This is a real step up from Kensington. when I get to enjoy it, that is. like today, wakin up about nine cos i didn't close the blind all the way, and the sun woke me up - not crazy cat lady, not the numbing roar of traffic. I'm starting to wean my sleep off needing a fan for the dull white noise that could drown out the semis that shuddered past the flat on Todman. Stumble out to the kettle and combine the elements that form coffee, and sit outside on some of the lovely outdoor furniture that seems to magically appear thanks to Kev's girlfriend. open up my newly delivered book from Amazon.com, and soak up the world for a while. actually feel love for the world, instead of those rough days where just existing is an effort.

it seems like I might be getting a shot at travel again, which'll be awesome. back aroudn the country in the company car, eating for free and sleeping in strange hotels with strange... sheets. who knows, I might actually visit a bar or two... posted by Keegan at 8:33 pm ... 0 comments

drinking, less so. I've had a string of enjoyable nights, and when that happens I drink more when I go out, which ended up last night in getting to the memory gap stage. at least it was right at the end of the night, but man, wow. it's enough to make me skip tomorrow night anyway. don't wanna be out on the town draining my account when I've got a car to pay off, and a trip to save for.

annoyed at myself as well, for turning into a sleaze. get lucky once and suddenly drunk keegan thinks he's a ladies' man. the swagger is nice, but the behaviour less so. posted by Keegan at 2:25 pm ... 0 comments

A Day To Remember

Wow, Graduated today. And the Virginia thing happened, which I read about just before I left for the ceremony. going to be etched forever, that one, like 9/11.

And to think I'm worrying about not getting finance today for my car, and watched Office Space just now, and everyone's walking around like it's a normal day when something like that happens. an individual lets down the whole world, and destroys his fellow man.

And just because it happened in a university on the day I graduated, I for a moment imagined that it was some aberration, and that around the world there aren't millions of humans that have crossed the line beyond civil respect for the lives of others.

Hope that one day I'll be telling my grandkids these stories of the horrors that occurred in my world, and they'll live in a world that makes ours look like a fictional dystopia. posted by Keegan at 4:43 pm ... 0 comments

Buying a car has got to be one of the most difficult things I've done since I finished my honours thesis. the picking the car bit wasn't hard - it's a Holden Commodore VS, Green with a neat little spoiler.

The tricky bit has been getting finance from an online provider. I started the application process two weeks ago, chose the vehicle a week ago and put down a deposit, and been waiting for the process to come through. there was a sense of urgency for me, as the day drew closer to the point where I had to return the company car. Two months is a pretty good run for free fuel and an e-tag.
So panic struck this Friday when I dropped off the keys, called the finance company, and got told the check wouldn't happen till Tuesday. Graduation day. so turns out I'll be getting a car for my graduation. and a $5000 debt, but shhh. I can ignore that in the moment. posted by Keegan at 7:05 pm ... 0 comments